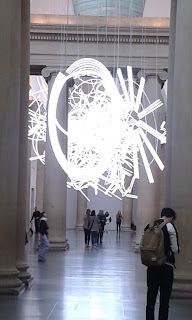 No textiles in this post but instead some threads of light. 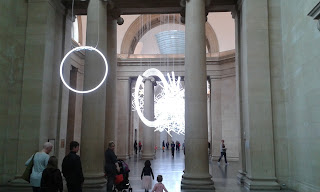 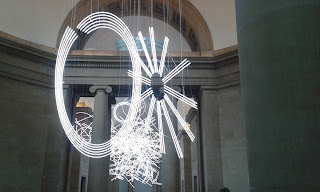 This sculpture fills a large portion of the 300 feet space of the
Duveen Sculpture Galleries at Tate Britain in London. 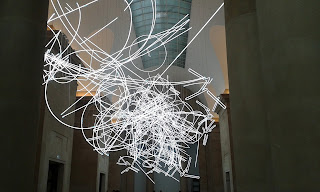 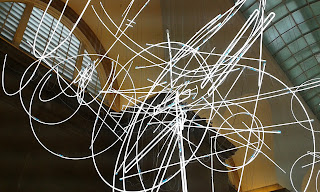 Viewed at different points the sculpture changes its patterns which are apparently inspired by Japanese Noh theatre amongst other things. 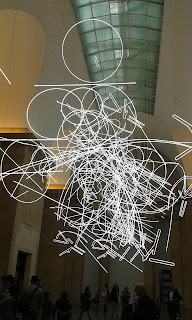 Visiting the Tate to see Hockney (which is phenomenal), this was an extra bonus. 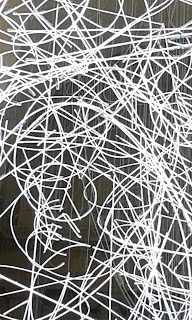 And a quick word about the Hockney exhibition - he should be compulsory viewing for anyone interested in art.  Partly because of his use of colour but also because of his stressing the importance of drawing as a way of looking.

Unfortunately even though I know it's important I don't do enough drawing.