The title of the next E.A.S.T (East Anglian Stitched Textile) exhibition is Following a Thread.  I am planning on a body of work inspired by a set of paintings at the National Gallery, but I started out following a very different "thread".

The paintings tell the story of Patient Griselda, a poor country girl who marries a rich marquis, first published in the fourteenth century.  I had researched the paintings as part of an art history course and the more I learnt about the panels, the more there was to find out.  It was not just the narrative illustrated that intrigued but the possibility the panels were commissioned by a woman.  It was a rare thing for a woman to commission art during the Renaissance but not impossible.

However this was not the original inspiration for my E.A.S.T work which began with the story of Elizabeth Blackwell and her Curious Herbal.  My research into Elizabeth Blackwell (1707-1758) had started as a paper I presented at the Foundling Museum last year.  Blackwell engraved all the illustrations as well as all the text.  Her text referred to several sources and it was through this research I came across another botanical illustrator, incidentally yet another remarkable woman. Maria Sibylla Merian (1647-1717) who travelled to Surinam, Africa with her daughter in the 17th and 18th centuries.  Her paintings included not only fantastic plants but insects as well.  Her illustrations were often used as embroidery designs.  Blackwell included some insects in a few of her engravings, perhaps inspired by Merian.

My Blackwell research was also following on from the stories of three remarkable women that lived during WWI which I had used for our last E.A.S.T exhibition, Between the Lines.  One of these WWI women (Mrs Grieve) used her herbal knowledge during the war when commercial medicines were in short supply. I was also learning about herbs during regular visits to the walled garden at Cressing Temple Medieval Barns with a local herbal interest group so it seemed a natural course to combine all these herbal threads.

I read up on herbal dyeing both from a practical and historical point of view and it seemed as if things were coming together. I visited Chelsea Physic Garden, where Blackwell had drawn many of her illustrations and I made a visit to the RHS Lindley Library.  This was a trip organised by the Friends of Thomas Coram and included talks where I learnt more about the printing of herbals and the art of botanical prints.

Despite the fact that I had followed this thread of herbals and herbalists, I was more and more drawn in what seemed a different direction towards the story of the paintings.  Eventually I decided to change to this different source of inspiration, though I worried I had no where to use my extensive herbal research.

Then last weekend E.A.S.T member Jenny, gave us a workshop in how to use leaves to print on fabric and paper (see below).  I realised here was a way my research on the herbals could be linked with the paintings.  I need to find a way of contrasting Griselda's simple country origins with her later wealth and the leaf printing has started me on a train of thought that may provide the solution. 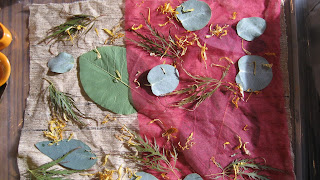 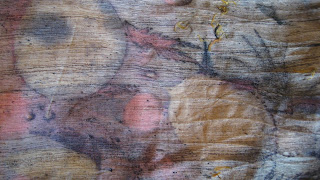 Coincidentally the workshop took place at Braintree Museum, where there is a gallery named after the naturalist John Ray (1627-1705).  Ray was born in nearby Black Notley, Essex. He was a philosopher and scholar.  He was also one of the sources of information Blackwell used for her Curious Herbal. It seemed like pair of threads coming together.

Another dilemma I had was about how to represent Griselda's new found riches and a visit to the aetelier's Hand and Lock, has given me some ideas in that direction.  That visit was combined with a trip to the Queen's Gallery, Buckingham Palace in London, and an exhibition called Painting Paradise: The Art of the Garden (see below). Amongst the paintings and textiles (woven tapestry and embroidery - see below), I was delighted to recognise works by Maria Sibylla Merian, which I had only previously seen in reproduction.  Perhaps that counts as another linking thread? 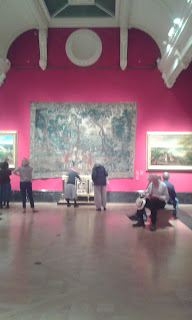 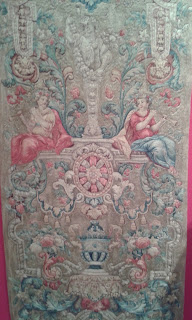 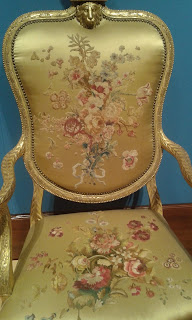 I now feel my threads of research are coming together - linking my interests in herbs and natural dyes, remarkable women, fourteenth century paintings and hopefully even include a reference to my foundling research.