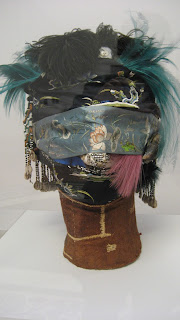 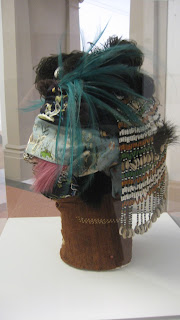 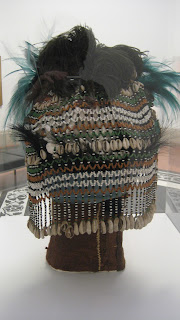 Essay writing is taking over my time at the moment as I am in the last stages of my OU degree.  With no time to think about my blog, I thought instead I would just post some images of one of the pieces I am working on - which perhaps unsurprisingly includes rather a lot of textiles

The Angel of Anarchy (1936-40), is by Eileen Agar (1899-1991), and the second of two versions - the first one very different and going missing in c. 1937.  I have had to read about Surrealism and discovered that it is more interesting than I thought.  I have also learnt a lot about Agar, who knew Dali and Picasso, and had a short affair with the artist Paul Nash.  She led a very colourful life and there are all sorts of anecdotes about her life including the fact that her father sent her to art school in a Rolls Royce - she made the driver drop her off down the road so her fellow students didn't see it.

The artwork itself is at Tate Britain as part of its permanent collection.  I walked past it many times before I decided to use it in my final work and it reminds me that once you know a little about something you want to know more.