Communicating in Fabric and Stitch 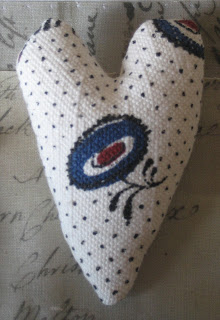 The East Anglian Stitch Textile (E.A.S.T) group to which I belong is currently preparing for the last display of our WWI themed exhibition  Between the Lines which travels to the Landmark Arts Gallery, Teddington, later in the summer.  As part of the exhibition there will be workshops on the themes of "identity" and "communication".  We wanted to explore something relevant to the exhibition without necessarily being war related. 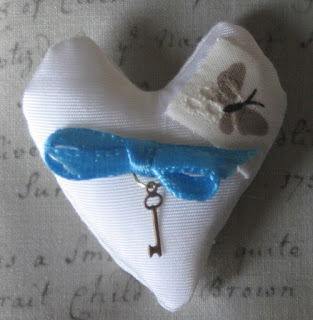 Once you start to explore the theme of identity you realise what a huge topic it is - where to start? Perhaps start with name or initials?  Or geographical location - town, county, country or part of the wider world - a European or a citizen of Earth?  To begin with it I didn't know where to begin until I thought about a subject that has inspired me for the last decade - that of foundling tokens.

One of the aspects I find particularly interesting about the tokens is the fact that they can communicate through time - a heart left in the 18th century by a mother giving up a child is still understood as a message of love and hope in the 21st century.  It is a simple symbol with a complex history and connects with themes of friendship and faith as well as romantic love.

My sample of work, of which there are only details shown here, is a combination of hearts that not only relate to my years of research and the stories discovered but using fabrics which have their own memories they contain hidden aspects of my own identity.  The heart at the top of this page is from a piece of fabric copied from a scrap in the Foundling Hospital archives.  Originally it was used for the exhibition Threads of Feeling, - an exhibition about the foundling textile tokens that ran at the London Foundling Museum in 2010/11.  The second heart shown includes a piece of my wedding dress fabric - just a small scrap left over not a piece cut from the dress itself.  One heart includes fabric given to me by a friend Angela from the USA (see below) as a gift, a friend made through the token exhibition.  Another piece (not shown) is left over from a banner I helped make with the Billericay Branch of the Essex Handicrafts Association so a reminder of other friendships.  Another a piece of tea-towel bought from my local supermarket, but used in a piece of work that told the story of Margaret Larney - the tragic and true story of a women I have researched in depth.  Every fabric holds a memory, sometimes several, and thereby becomes part of the story of my identity. 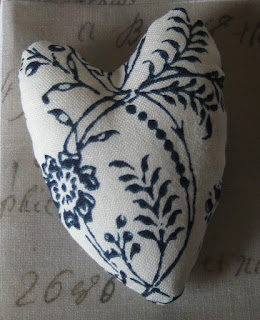 Although the work was originally planned as a sample for the E.A.S.T workshop, I am hoping to put it into an exhibition of work for the Chelmsford branch of the Embroiderer's Guild, later this year. With each use the work will add another layer of memories. 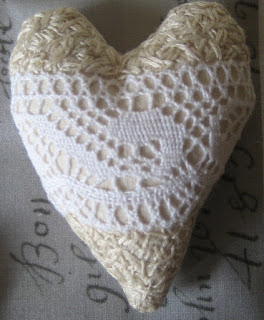