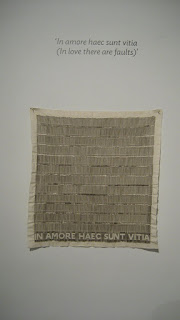 Today I visited the Foundling Museum and while I was there I had a further look at The Fallen Woman exhibition.  I first saw this fascinating exhibition in September and now it is in its last few weeks.  The exhibition looks at the lives of real women of the Victorian era who turned to the Foundling Hospital in their hour of need.  Real petitions are displayed alongside paintings, prints and stereoscopic photographs to look at how women of the time were portrayed in art.  Additionally there is a sound installation.

The stories from the petitions show girls who were naive, gullible or in the wrong place at the wrong time.  Whatever the story it seems it was always the women who were at fault and for some the hospital allowed them their only hope of a second chance in life.

The art works show how in Victorian England there was often only three types of women - the totally virtuous, the tempted woman (was she weak or strong?) and the fallen woman.  In art the only way the fallen woman could redeem herself was in death.  The dress you wore was frequently an indicator of which of these types of woman you were thought to be.

Alongside this thought provoking exhibition was another smaller display - Unpinned. This included work by First Year BA Jewellery Design students from Central Saint Martins, who had used the museum and its archives as a as their inspiration.  I particularly liked the image at the top of this page.  Made from cotton and pins it was a really fascinating technique.  There were other textile pieces on display, some of which are shown below. 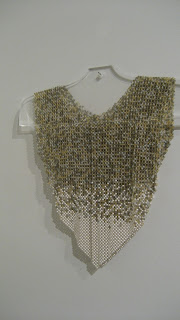 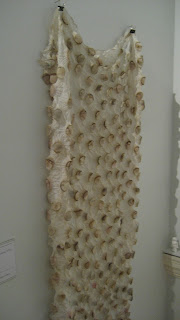 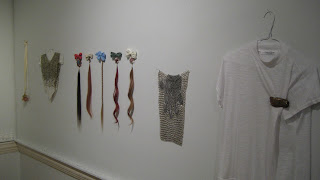 The museum is normally open every day except Monday but is closed between Christmas Day and New Year.