It is not often I find the drive to work a thing of beauty but today, and for the last week or so, it has been almost a joy to drive along tree lined A roads - a riot of greens, yellows, reds, browns, etc.

A couple of years ago when creating a catalogue for our textile group I asked the E.A.S.T members what their favourite season was - autumn came out on top.  That was not to say that some members did not have other favourite seasons, because each season has it's special pleasures.  It is one of the reasons that although we may moan about the weather in the UK, its constant change is actually one of its assets.


It is for this reason that I thought I would add to last week's blog with some more images of my recent experiments in leaf printing.

First we put our leaves on one half of a piece of vinegar/water soaked silk (or wool) fabric.  Tannin rich leaves work best.  Also there are some pieces of red onion skin here.  The other half of the fabric is then folded over making a sort of "leaf sandwich" 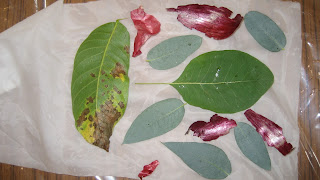 Then the fabric was wrapped really tightly around some rusted tin - I had a spoke from a wheelbarrow but most of the group used tin cans that had been left to rust a little in water.  It also had to be tied very tightly. 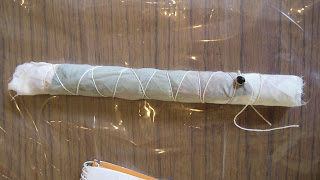 The wrapped fabric is then steamed or put into boiling water for an hour or two. 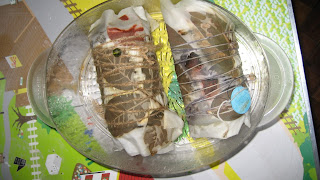 Some of our fabric was also soaked in a copper water mix as an alternative mordant. 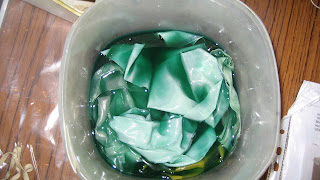 And we also tried techniques out using paper instead of fabric - it even worked for newspaper. 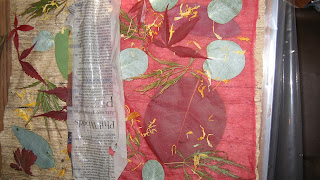 Anyone wanting to learn more about such techniques, might be interested in a celebration of ethical and natural textile practices being organised by "From the Earth".  In May 2016 there will be a whole host of workshops being run through Art Van Go, and an exhibition which is open for applications now (until January 2016) will be held in June 2016.